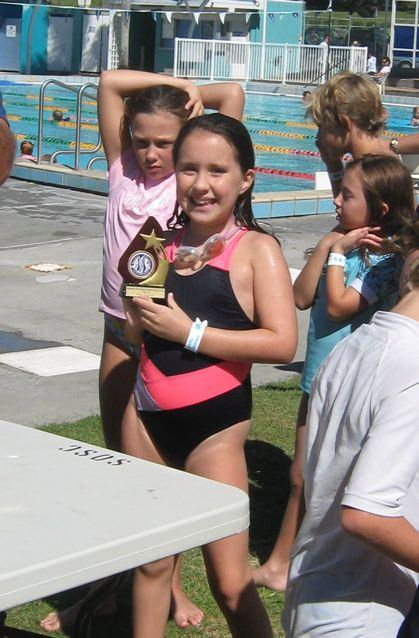 When Joe Akachich attended the Preston James Fund’s Jellyfish Lunch in 2008 he had no reason to believe it was anything more than another charity lunch. An important cause of course, but far removed from his reality.

That was until his nine year old daughter Anna was told that the hole in her heart required surgery. This is when he met the at the Mater Children’s Hospital Paediatric Intensive Care Unit, a recipient of funds raised by the Preston James Fund.

This team of researchers and specialist staff provided a great level of comfort at a time when Joe and his family needed it most. For the first time in his life Joe felt that Anna’s health and well-being were completely out of his control – and in the team’s  instead.

Kindly, in their hour of need, Joe, his wife Claire, and Anna all agreed for Anna to participate in the research that the Preston James Fund sponsors, in a bid to help children in the future.

Anna Akachic was born with a hole in her heart. While not uncommon, it was something that has required monitoring throughout her life. Yearly visits resulted in the same good news – come back again next year. But when Anna turned six, doctors noticed the hole had started to change and that it appeared close to a valve. Visits were altered to six monthly.

At nine years of age the doctors decided to operate. As Anna had matured the proximity to the valve became a greater concern as it had the potential to become “leaky”. So they operated and closed the hole using a dacron patch.

The operation involved sewing over the hole in the heart to make sure the blood is directed correctly through her heart. When they were operating the doctors realised the hole was larger than they had first thought, making the operation even more vital.

For Joe it was a frightening experience as he says it’s impossible for a father to comprehend doctors opening up their child’s chest and working on her heart.
Anna Akachich in hospital

Anna on the other hand wasn’t as concerned. When the procedure was explained, brave Anna told the doctor to worry more about her father!

Four weeks after the surgery, Anna was back at school. And as for the benefits she feels, Joe describes them as “quantum” – a huge difference to her life.

The Paediatric Critical Care Research Group is undertaking this cardiac research with the help of patients like Anna.

By monitoring children after cardiac surgery, the research team can view the levels of oxygen and blood flowing to the heart.

In children with cardiac illness or disease, the flow of blood and oxygen to the heart and lungs can be unbalanced and this can severely compromise the health of the child.

When cardiac surgery is undertaken the aim is to improve this imbalance. The research team has been able to examine the change in balance before and after surgery with the hope that an improved knowledge will be able to guide doctors to better care for children pre and post cardiac surgery.

The research team are world-leading in this field. They hope to one day produce a life support machine which measures air and blood flow to the lungs simultaneously so that the research team are able to maintain the desired balance, therefore improving the care delivered to the child. This may ultimately make the difference between a child surviving or not.

Joe believes that the difference the research can make and the importance of developing better equipment and supporting staff to work on the research team can’t be quantified.

“When your own flesh and blood need it…” Joe started. Enough said.

Other kids with cardiac illness will benefit because of Anna’s bravery and her selfless gesture to help other sick children.